Emerging E-commerce Markets in the World

The retail market has changed colors repeatedly in the last several years. Consumer behavior and customer expectations have been extremely dynamic and variable. It is because of variable customer needs and expectations that this sector has lived very fruitfully as constant upgrading and adaptation was required.

Different countries have reacted differently to e-commerce. Those who have managed to meet with the pace of this sector have reaped great fruits. Let’s take a look at them here.

2. United States
The US is second to China in the global e-commerce market. The country enjoys the advantage of the availability of internet services for almost 75% of its population, thanks mainly to the infrastructure laid out by the government. The annual e-commerce sale is around $390 billion.

3. United Kingdom
UK sits in the third spot with annual the e-commerce sale around $100 BN. One of the advantages it enjoys is the large base of online shoppers with almost 40 million online shoppers.

4. Japan
Japan enjoys a strong position in the e-commerce segment. The annual sale is around $82 Billion.

5. Germany
Germany is the fifth largest e-commerce market in the world and the second largest in Europe. The annual sale is around $77 billion.

Russia has more than 85 million internet users. It is the largest country in the world. The potential of the country’s e-commerce growth can be judged by the fact that, it grew by almost 20% in the year 2016, despite severe economic crises. According to the recent edition of EWDN’s Russian E-Commerce Report, which fetches data from Russian agency data Insight, online sales crossed a figure of $26 billion in the year 2016, growing more than 20% year-on-year. Out of this $26 billion, $16 billion accounted for physical goods and the remaining 10 billion for travel.

This impressive growth is primarily driven by Chinese companies like Alibaba’s B2C marketplace Aliexpress.ru. However, western giants like Amazon, Next, and Asos are also trying to firm their grip on the market.

Brazil is the largest economy in Latin America and the 5th biggest country in the world in terms of population and area. As per Pagbrasil, it is the 4th largest internet market in the world with almost 140 million Internet users, out of a total population of around 207 million.

As per Euromonitor Internacional, Brazil represents around 42% of B2C e-commerce in Latin America. The country has an impressive number of active Facebook users at 111 million and is currently ranked 3rd on a worldwide scale.

Despite instability in the economic scenario of the country during the last few years, the market continues to show an upward trend, with the growth of 8% in 2016 and 48 million e-consumers spending almost $14 billion on the web.

Based on the facts mentioned above, it can be safely forecasted that the country has great potential to grow in the coming years.

Turkey is a transcontinental Eurasian country. It is home to a large population of 77 million people, who with every passing day are becoming progressively digitally savvy and urbanized. There are almost 33 million e-commerce users in the country, with the current growth rate of almost 10%, e-commerce users are expected to be around 44.3 million by the end of 2020. 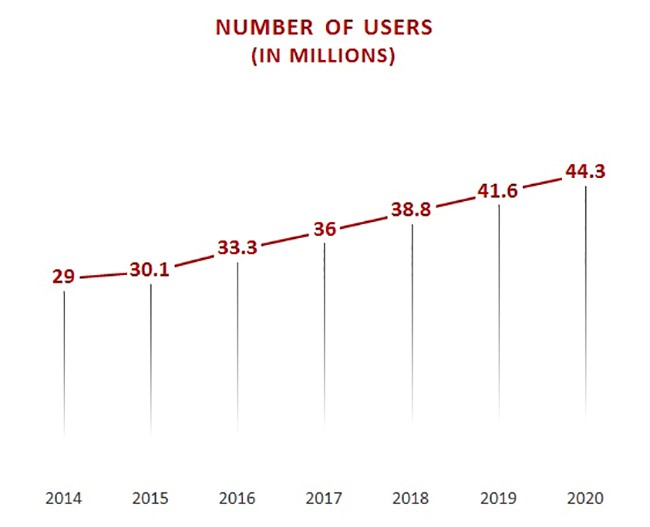 Total e-commerce sales in Turkey are around $7 billion, and this is expected to cross the figure of $10 billion by the end of 2020. Out of these sales, electronics take the lead followed closely by fashion and furniture.

Indonesia is currently considered to be the quickest and the biggest growing online market in the region of Southeast Asia, as per relaystats.com. Indonesia’s current state of e-commerce is similar to that of China’s state when it began, with a big pool of entrepreneurial sellers providing goods that are primarily bought on the basis of social media recommendations.

Indonesia has recognized itself as one of Asia’s leading mobile-first nations, with a StatCounter report guesstimating that in 2016, more than 70% of the country’s internet traffic was originated from mobile phone devices.

Indonesia has already caught the eyes of “big boys” like Alibaba and JD.com, showing the growing confidence in the eyes of the investor for the country.

Netherland has witnessed considerable growth in the e-commerce market. As per a report was written by E-commerce Foundation, the Dutch E-commerce Association and the company for research GFK concerning the state of e-commerce in the country, Dutch shoppers have spent around 20 million Euros in the year 2016, which indicates a strong growth of around 23%.

One of the main factors for this significant growth is the ‘consumer confidence’ in the method of online shopping as well as their willingness to buy. In the start of this year consumer confidence has already grown 14%. With an impressive internet penetration of more than 90%, the Netherlands remains an attractive e-commerce market and a lot of potentials is left to be explored.

There is a strong boom in the e-commerce industry in Singapore, as depicted by a study by online platform ‘Flipit’, revealing that at present 3 out of 5 Singaporeans are online shoppers. As per the same research, the market is expected to grow by around 11% till 2021, marking the state on par with Australia and Canada in terms of e-commerce penetration.

Singapore’s potential is evident from the fact, that last week i.e. on 27th of June, 2017 Alibaba Group Holding Limited announced that it will invest almost $1 billion to increase its stake in Lazada Group from 51 to 83%, which is an e-commerce platform based in Singapore.

Denmark is one of the most digitalized countries in Europe. As many as 80% of the Danes buy online annually as per FDIH (Danish E-commerce Association).
As per the research by ’Postnord’, around 97% of the population had access to the internet in the year 2015. Another report by DESI in 2017, rates Denmark as one of the most advanced digital economies in the EU. 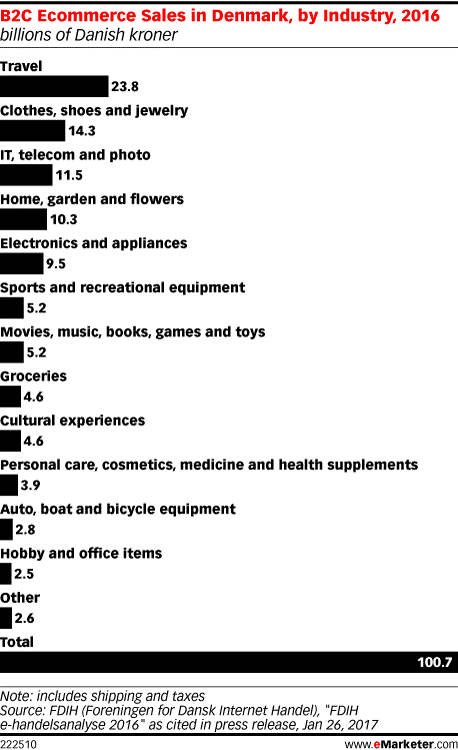 Economic Infrastructure
Economic power and stability matters especially when it comes to speculating diffusion rates of new technologies and concepts. Thus, countries having a higher state of economic well-being are therefore more likely to have higher Internet diffusion and e-commerce based applications.

Accessibility
The Internet is the golden key these days; every single application is based upon it. As the internet is fast becoming a chief foundation of information and services, it is highly imperative that e-commerce websites should be well-designed, so that the public can easily access information and also increase and improve their participation.

The Government’s Role
The role of the government is extremely important, as it lays the foundation for the development of e-commerce by providing solid ICT infrastructure, a secure online payment system and the building of public awareness by using a variety of mediums including print, electronic media, etc.

Trust
Trust can be a vital factor in e-commerce. It gives buyers or sellers the faith to transact their respective transactions and enhances the level of adoption and acceptance of this industry, which consequently leads to high customer satisfaction. It also embraces the concept of loyalty and assists the acquiring of a competitive benefit.

Localization of content (Internet)
As per the spokes for Google in India, web content search in Hindi has grown a whopping 155% last year, which is substantially higher than the same content search in English. Growth in traffic in other languages, too, was quite impressive.

The E-commerce sector has seen almost unprecedented progress, especially during the last decade. The global e-commerce market has become advanced in terms of awareness, payment systems, and technology. The future of Electronic Commerce looks promising indeed. Several countries like China, US, UK, etc. have already established strong roots in the market, but the real positive is the new players who are trying to enter this segment and in fact doing a good job of keeping up with the vibrant pace and demand of this market.
It will also be very interesting to see how the other developing countries react to this digital phenomenon.

Syed Adeel Ali Shah is a banker by profession. Apart from this, he is a content writer and a blogger. He holds an MBA in Marketing and Finance. You can contact him at SyedAdeelAliShah4@gmail.com


Widget not in any sidebars